When Does Boyhood End?

Since around age 30, I have read and re-read a select few books:

There may be a common thread among all these, and there certainly is in the last two. In each of these two, an old Greek teaches a much younger Englishman how to grow up, according to each mentor’s way. In The Magus, the pupil never quite gets there.

I recently was perusing the editor’s introduction to the revised 1978 edition of The Magus where I read that Fowles was influenced in his life, generally, and for the writing of this book, by his childhood love of three books:

This lead me to look for these books on the Internet and this search brought me to an obituary of Fowles, he having died in November 2005. I hadn’t heard of his death and it briefly saddened me. I was fascinated by this obit and a book review of his biography by Eileen Warburton. Then I came upon this 1996 article by John Fowles, himself, on the influences underlying The Magus. What riches the Internet brings us! 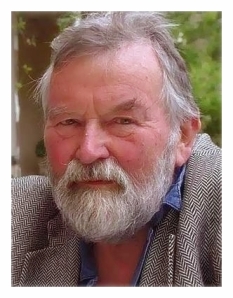 I read the three favorite books of Fowles’s youth, the first two being much quicker reads than Great Expectations. As I began this last of the three, I was surprised to see that I had not previously read the book, despite (or perhaps because) my father carried richly-bound Dickens books with us whenever we moved, which was often. How many times have we read in general literature reference to “Miss Havisham”?

I was prepared to hurry through ‘Expectations’ as I had the other two but found myself bound to slow down to closely read the rich dialog and unsurpassed characterizations. And what characters with such names: Mr. Pumblechook, Mr. Wopsle, the heartless Miss Estella, Mr. Wopsle’s great-aunt whose name we are never shown, “Old” Orlick who is not much older than Pip the young principal of this story, the hapless Pocket family, the lawyer Mr. Jaggers, and many more.

Through these reading of books, articles, and obits I am now able to appreciate The Magus even more fully. As a nascent writer, I find it invaluable to learn how an author’s life experiences affect his writing.