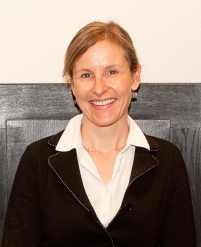 The title of this article is my construction from what I learned, yesterday, at a valuable presentation of the Stockholm International Peace Research Institute (SIPRI), augmented by some other history and writings from this part of the world.

The title of the talk and slide presentation by Dr. Francesca de Châtel was “Vanishing water landscapes: Perceptions of water, scarcity and conflict in MENA“. (The link leads to a video recording of the presentation on Youtube. MENA is the acronym for Middle East and North Africa.)

I offer here, first, selected facts and images directly from the presentation, then two sets of summary statements by Dr. de Châtel which bring the facts into focus, and, finally, historical sources and my further comments and conclusions.

Water use per person in MENA

The figures beyond 2010 are projected
All water use is expressed in terms of ‘per/person’ for a given region or polity
Most water, by far, is used by industry and agriculture.

Expansion of irrigated agriculture
Intensive exploitation and depletion of groundwater
Agriculture consumes, on average, 86% of water in the MENA region
Water use efficiency and productivity remain low
Nearly 60% of grain is imported into the region

Ras al Ain, one of the world’s largest springs, in northeast Syria on the border with Turkey, dried out in 2001

Lower Jordan River reduced to 2% of its historic flow

This concluded Dr. de Châtel’s formal presentation, after which Dr. Dan Smith, Executive Director of SIPRI, and moderator of this session, asked Dr. de Châtel to give the audience three “takeways” from today’s presentation. Here is my interpretation of her response (her remarks can be seen and heard in the Youtube video):

Then came time for Q&A. I made the assertion that proper governance was the key to achieving all the other aims, and wondered whether it would take an authoritarian regime to effectively weld all the affected parties together.

Remarks and questions by others in audience can be experienced by viewing the Youtube video.

Dr. de Châtel did mention but we did not discuss the elephant in the room–the vast increase in population since the fall of the Ottoman Empire. This subject is fraught with emotion and political traps. A discussion of possible ‘solutions’ to this ‘problem’ might have created more heat than light.

I thought of the efforts of T.E. Lawrence at the end of World War One, in support of the  nomadic Arab Bedouin to overcome the Ottoman Empire (The Turks), and how he felt, in the end, upon the realization that his (British) government tricked him into betraying them. This led me further to thoughts of the initially secret Sykes-Picot Agreement and the resultant “lines in the sand” which created nation-states where none previously existed. The creation of these nation states was for Great Britain and France (with support from the USA) to gain access to the petroleum assets of the region.

Syria and Syrian are foreign words. Unless he has learned English or French, the inhabitant of these parts has no word to describe all his country. Syria, in Turkish (the word does not exist in Arabic), is the province of Damascus… An Aleppine always calls himself an Aleppine, a Beiruti a Beiruti, and so down to the smallest villages… There is no national feeling. — T.E. Lawrence

The basic wealth of a region/polity is in its land, with its ability to produce crops and animal protein to feed the people in an ecologically sustainable manner. “Oil” wealth is a temporary wealth which allows the state to ignore the maintenance of its farms and pastures while living off the revenues of the oil fields which, in turn, pay for the import of food for the increased population of a size beyond the capability of the land to support.

Born in Amsterdam and raised in Brussels, Francesca trained as an architect and journalist in the UK.

Her fascination with water and the Middle East started when she travelled through the Middle East and North Africa in 2001, exploring the historical, cultural and political value of water in this arid region. Following extensive travel and research between 2001 and 2005, Francesca published a non-fiction general audience book, Water Sheikhs and Dam Builders, Stories of People and Water in the Middle East, which was published in 2007.

Francesca lived in the Syrian capital Damascus from 2006 until 2010, where she worked as the managing editor and editor-in-chief of Syria Today, an independent English-language current affairs magazine. During this period she continued to write about different aspects of water and scarcity in Syria and in the region.

As an editor and project manager, Francesca has worked on a range of water-related publications and projects. Her editorial approach is strongly focused on translating the complexity of the Middle East water question into formats that are accessible and appealing to a wide audience of non-experts.

Francesca is currently based in Amsterdam. She recently obtained her doctoral degree and continues to work as an editor, researcher and writer with a focus on water in the Mediterranean Basin.