These Fourteen European Countries are Disappearing

What can we surmise from viewing and correlating these figures with what we see happening in the world today?

No. 1: Germany needs to increase the number of its permanent immigrants in order to maintain or grow its population, despite that it already has a relatively high net migration rate: 1.5 net new migrants per 1000 population. But, politically, there is currently a movement away from increased immigration which has created a problem for the current leadership of the country. Note that Germany records the highest median age and the largest percent of the population over 64, in the list above.

No. 2: Greece’s high net migration rate (2.3 per 1000) is barely adequate to keep its population stable. But the ability of Greece to accommodate large numbers of new residents and citizens is problematical, given its current economic distress. What is not known at this point, is the long-term effects of the tens of thousands of refugees who have recently arrived in Greece. 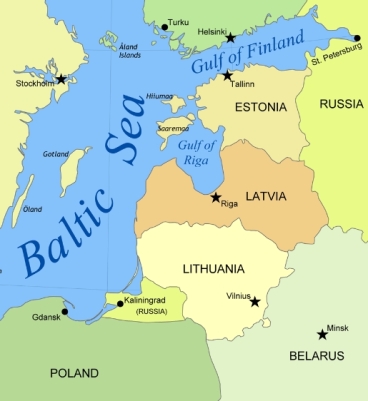 No. 3: The three, small Baltic Sea countries of Estonia, Latvia, and Lithuania are seriously losing population (-0.6% to  -1.1% annually). Further, their fertility rates are low (1.5-1.6), and immigration from elsewhere is not occurring. What can be the future of these countries if they continue to fade away? [Note: they all share a border with Russia.] Despite different cultures and ethnicities in these three countries, their age measures are almost identical. In that they were dominated and occupied by the Soviet Union, I wonder if there is a uniting thread resultant from this. There are no separate measures available for the entity named ‘Kaliningrad’, a Russian exclave between Poland and Lithuania on the Baltic Sea, around one-third the size of the neighboring Baltic States. According to the 2010 Census, its population was 431,902

No. 4: The neighbor countries of Bulgaria and Romania, like the Three Baltic states, are losing population and are not gaining immigrants. Their current populations are much larger than the Baltics so it will take longer for them to “disappear.” In that they border the Black Sea, Russians flock to these countries during the tourist season and have bought many properties along the coast. Russians are a palpable presence in these two countries, which unofficially affects national politics. Their net migration rates are only slightly negative, but their fertility rates are very low, below 1.5. 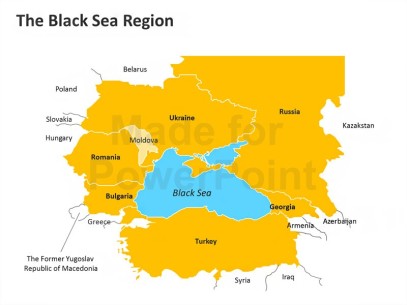 No. 5: Four of the six former provinces of united Yugoslavia, which have reverted to their former independent states, are losing population: Croatia, Montenegro, Serbia, and Bosnia & Herzegovina. Slovenia is growing slightly at 0.3%.  Macedonia (not in the above chart), is also slowly growing, despite negative net migration and low fertility rate. (I suspect the data provided by Macedonia to the CIA are not accurate).

Of the six countries of the former Yugoslavia, only Slovenia has a positive net migration rate.  The bottom line: the former Yugoslavia is slowly fading away, as are Bulgaria and Romania, above. [Note: The present-day state of Kosovo was, until recently, a province of Serbia. We have no data for Kosovo, other than population: 1,907,592]. The populations of the other five are slightly younger than others on this list, but they are not reproducing. Their fertility rates are at or near the bottom of the list.

No. 6: The remaining two states in the above chart are Hungary and Poland. Both are currently aligned politically to resist immigration from non-European countries. But, unless they reverse this position, they will fade along with the others mentioned here. Hungary’s fertility rate is 1.45 and Poland’s is even lower at 1.36.

Of Note: Germany, Greece, and Portugal all have net positive immigration rates, yet they still are losing population. They all have extremely low fertility rates, around 1.4 births per woman. (Reminder: a country needs between 2.0 and 2.1 births per woman for the population to stay constant, assuming no migration in or out of the country).

On the other hand: These 14 countries in Europe are currently growing at an annual rate between 0.5% and 1.9% (sorted by population growth rate):

Why are these countries not fading away like the others?

The quick answer is immigration. The net migration rates for all are relatively high, ranging from 2.1 in Denmark to 15.5 in Luxembourg. The highest fertility rates are in Iceland and Ireland; the lowest are in Cyprus, Malta, and Spain. In the latter three, if their current fertility rates and immigration rates continue, the indigenous Cypriots, Maltese, and Spaniards will be in the minority within a lifetime. Is this a problem? I guess it depends on the person viewing the situation. Such things have happened many times in the past, peacefully and otherwise.

Only one European country in the forty studied here has a positive fertility rate: France, at 2.06 births per woman.

France has had waves of immigration from North Africa in the past and, more recently, from the Near East whose birth rates are higher than the indigenous population. These people, in my intuition, are responsible for France’s higher fertility rate. Nonetheless, France’s annual population growth rate of 0.37% is not remarkable or significantly different from other European countries. The non-immigrant residents are reproducing at a much lower rate than the immigrant population. The accompanying chart was for the year 2004, and the ensuing fourteen years have seen a significant rise in the immigrants from ‘Asia.’

Why are European countries Not Reproducing?

The answer is given by Col. Robert de Marcellus (Ret.) in an article “Falling Fertility: The World at the Tipping Point,” in the online magazine of the Population Research Institute:

Please read the entire article for a lucid discussion of these and other factors.

Depressed spirits tend not to reproduce. Where is Europe’s ‘spirit’?

We can point to European Culture, starting from its putative origins in Ancient Greece and Rome, then The Renaissance, then The Enlightenment, and so on—Art, Music, Literature, Philosophy, Science… and the relationship of the Church to any of these. But it all seems more and more like a museum.

The European ‘Union’ is reeling, nationalism on the rise, tribalism is more evident.

Perhaps the above is providing something necessary for rebirth?

“Without mud, there can be no lotus,” Thich Nhat Hanh, a renown Buddhist teacher.

For comparison, here are other country statistics:

The data are taken from the current listings, by country, in the CIA World Factbook.

The data for all European countries can be seen here: European Statistics 2018.

I analyzed all countries in Europe (41), not just those in the European Union (28). NB: Greenland is part of Denmark, but its numbers are not included in Denmark’s.

I excluded Russia and Turkey, even though some parts of these nation-states are in what is geographically determined as Europe,

I excluded five other “European” countries because they are dominated politically and/or economically either by Russia or Turkey: Azerbaijan, Belarus, Georgia, Moldova, Ukraine.

15 Responses to These Fourteen European Countries are Disappearing