You Don’t Know Me

If you find the phrase in the caption provocative, I have achieved my purpose.

This is how I developed this assertion—

The primary actor in this story is my now dead friend Fredric B. Pape, Fred. I was living alone in California many decades ago when he visited me from where he lived in Tracy, California, in an 8’ x 18’ mobile home which wasn’t going anywhere soon.

During the period of his visit I was invited to dinner with a female colleague and friend who graciously invited Fred as well, without having previously met him. 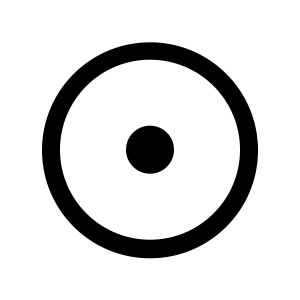 Image of the Unified Self, per Carl G. Jung

After dinner we retired to the living room to have drinks and conversation. My friend was quite curious about Fred but was unsuccessful in drawing him out beyond polite and brief responses. She, frustrated, turned to me and asked me to elucidate on the subject of Fred. I hesitated, feeling boxed in between two friends, and before I could respond (and I still don’t know what my response to her would have been) Fred pointedly asked me: “Ron, do you know me?”

This is what occurred in the millisecond before I answered him: he was the only man to whom I had revealed things I had revealed to no other person; the converse was true as well. Since we were teenagers we had developed our special language, both verbal and written (we each, ultimately, wrote around 300 letters to each other) and could signify agreement, disagreement, or disinterest in a current subject by the merest of grunts or body language. In that millisecond I knew I did not know the inner Fred, the private Fred that he kept to and for himself alone because I knew he didn’t know the private inner me.

“No,” was my answer to Fred, and I could see that it pleased him, even if it further frustrated our host.

There are things I carry with me that no one has ever or will ever know about: guilts from having done wrong to a person or to my own sense of propriety and integrity; pains of embarrassment from having done foolish or thoughtless things, even if no one was aware; having been found ignorant of something generally known; having harbored evil thoughts, even if they were not acted upon.

I don’t feel unusual in this.

The pains from these transgressions upon my own sense of correctness will never leave me. But I have learned to accept these as part of myself. I have encased them in a covering such as a mollusk will cover an irritant with a pearl and having metaphorically (even visually) pushed them to the back of my brain. The memories of the painful incidents recur less and less often as I age, but I know they are still there.

I sensed that Fred, similarly, had experiences and pains which he kept to himself.

But this recitation doesn’t address the fundamental truth that no one of us knows him- or herself completely. For instance, has any of us “unified” our conscious mind with our unconscious mind as discussed by philosopher William James and psychologist Carl G. Jung?

If any of us can’t fully know oneself, how can we know another?

Expatriate American living in Sweden with wife. Retired from employment in the USA. Currently focused on blog articles, memoirs, and creative writing.
View all posts by Ron Pavellas →
This entry was posted in Consciousness, Philosophy, The Mind, The Self and tagged Carl G. Jung, Philip H. Rhinelander, William James. Bookmark the permalink.

10 Responses to You Don’t Know Me