On 27 January 2007 I became a Swedish citizen. I was able to retain my USA citizenship due to friendly rules in each country. 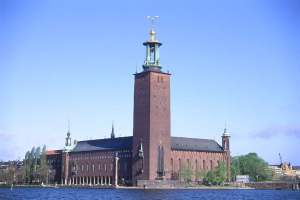 On 6 June 2008, Sweden’s National Day, I attended a welcoming ceremony for new citizens at the Stockholm City Hall, where, also, Mr. Kwamena Turkson was awarded The Nelson Mandela Prize for his work in promoting the integration of new Swedish residents.

I feel some guilt in not being able to speak Svenska well, but it isn’t currently a requirement for citizenship. I do feel I should learn of my new country’s political structure and function; I have learned much from Eva and from watching the regular political campaigns on television. In addition, upon receiving this invitation, I began to acquaint myself with Sweden’s constitution:

Because of its historical and cultural value, I present here the Act of Succession, established in 1810 and emended since then, including the repeal of several acts: 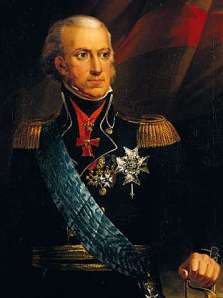 We CARL, by the Grace of God, King of Sweden, the Goths, and the Wends, &c., &c., &c., Heir to Norway, Duke of Schleswig Holstein, Stormarn and Ditmarsen, Count of Oldenburg and Delmenhorst, &c., &c., hereby make known that We, after the unanimous acceptance and confirmation by the Estates of the Realm of the Act of Succession according to which the male heirs begotten by His Noble-Born Highness, the elected Crown Prince of Sweden, His Royal Highness Prince JOHAN BAPTIST JULIUS shall have the right to the throne of Sweden and to accede to the government of Sweden, and after the submission of this fundamental law for Our gracious approval, by virtue of the right accruing to Us according to Article 85 of the Instrument of Government, adopt, accept and confirm this Act of Succession approved by the Estates of the Realm exactly as follows word for word:

Act of Succession according to which the male heirs begotten by His Noble-Born Highness, the elected Crown Prince of Sweden, His Royal Highness Prince JOHAN BAPTIST JULIUS of Ponte-Corvo, shall have the right to the Royal throne of Sweden and to accede to the government of Sweden; adopted and confirmed by the King and the Estates of the Realm at the extraordinary session of the Riksdag in Örebro on September 26, 1810. 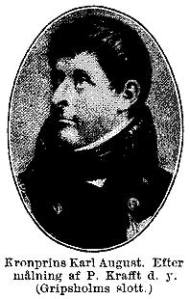 We, the undersigned Estates of the Realm of Sweden, counts, barons, bishops, knights, and nobility, clergy, burghers and peasants, now convened in extraordinary general session of the Riksdag here in Örebro, hereby make known that, with the decease, without male heirs begotten by him, of His Noble-Born Highness, the elected Crown Prince of Sweden, His Royal Highness Prince CARL AUGUST, and by our choice, as evidenced by the Act of Agreement and Election of August 21, 1810, of His Noble-Born Highness, Prince JOHAN BAPTIST JULIUS of Ponte-Corvo, as Crown Prince of Sweden, to succeed to the government of Sweden and its subordinate provinces His Royal Majesty, our present most gracious King and Lord, Carl XIII, after his death (be it long deferred by the Grace of God Almighty) to be crowned and hailed as King of Sweden…we have this day determined and confirmed for the legitimate direct male heirs of His Royal Highness JOHAN BAPTIST JULIUS, Prince of Ponte-Corvo, the following order of succession to the crown and government of Sweden, applicable in the manner and on the conditions expressly set forth below.

Art. 2. The provisions of this Act of Succession relating to The King shall relate to The Queen if The Queen is Head of State.

Art. 4. In accordance with the express provision of Article 2 of the Instrument of Government of 1809 that The King shall always profess the pure evangelical faith, as adopted and explained in the unaltered Confession of Augsburg and in the Resolution of the Uppsala Meeting of the year 1593, princes and princesses of the Royal House shall be brought up in that same faith and within the Realm. Any member of the Royal Family not professing this faith shall be excluded from all rights of succession.

Art. 7. The heir to the throne may not undertake travel abroad without the knowledge and consent of The King. 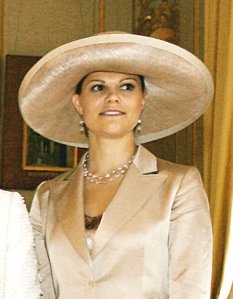 Art. 8. A prince or princess of the Swedish Royal House may not become the sovereign ruler of a foreign state whether by election, succession, or marriage without the consent of The King and the Riksdag. Should this occur, neither he nor she nor their descendants shall be entitled to succeed to the throne of Sweden.

In witness of the fact that all that has been thus prescribed is identical with our intent and decision we, representing all the Estates of the Realm of Sweden, hereto attach our names and seals, in Örebro, the twenty-sixth day of September, in the year of our Lord one thousand eight hundred and ten.

For and on behalf of the nobility, CLAES FLEMING

For and on behalf of the clergy, JAC. AX. LINDBLOM

For and on behalf of the burghers, J. WEGELIN

For and on behalf of the peasantry, LARS OLSSON

Everything as herein provided We not only accept for Ourselves as the unalterable fundamental law, but also direct and graciously command all who are united in loyalty, fealty and obedience to Us, Our successors and the Realm, to acknowledge, observe, abide by and obey this Act of Succession. In witness whereof We have this day with Our own hand signed and confirmed it, and duly affixed Our Royal seal thereto, in Örebro, on the twenty-sixth day of September, in the year of our Lord and Saviour Jesus Christ one thousand eight hundred and ten.

A view of Stockholm from the tower of City Hall

Please click on the image for a very large view