The Obscure Minstrel Man Who Influenced Musicians You Have Listened To

I have just read Where the Dead Voices Gather, by Nick Tosches. This extraordinary book is, among many other tangential subjects, a historical-cultural travelogue through the popular music of the years 1850-1980, using as a focal point an obscure blackface minstrel man of the 1920s and 1930s.

The book is nominally about Emmett Miller who influenced others we know about, but who himself has vanished from the scene ignominiously. In the book is much about minstrelsy, vaudeville, ragtime, jazz, blues, and a bit into and beyond the big band era. He leaps forward upon occasion to connect with, among others, Bob Dylan who has matured well from an ordinary beginning, according to the author. He dislikes Elvis Presley, thus vindicating my own opinion and endearing him to me on this account alone.

So much is said, and so peculiarly and well, in this very literary and historical work that I can only provide glimpses here, through excerpts, quotations and excursions into places that Tosches took me. 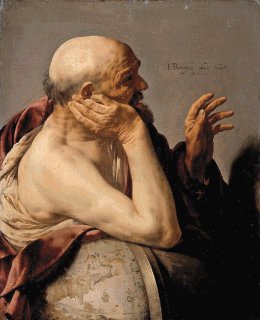 Tosches digs deep into the archetypes of mankind to show parallels and direct connections between the music and poetry in the era of his subject, to the ancients of Greece and cultures and myths before Greece, often quoting in the original Greek (with translation). Could you imagine before now picking up a book on, let us say, old-timey jazz and getting quotations from, as an example, Heraclitus, a renown pre-Socratic philosopher?

By cosmic rule, as day yields night, so winter summer, war peace, plenty famine. All things change. Air penetrates the lump of myrrh, until the joining bodies die and rise again in smoke called incense. Everything flows and nothing is left unchanged.

Men do not know how that which is drawn in different directions harmonises with itself. The harmonious structure of the world depends upon opposite tension like that of the bow and the lyre.

These alone are worth the price of admission. Because of my reading of this book I have acquired the only set of recordings, restored, of Emmett Miller: 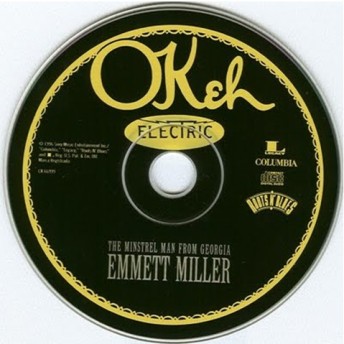 In addition I now have garnered the following recordings of artists who were influenced by Emmett Miller:

There are others items I will order after I calm down, but the above are all part of my own past. Every one of these artists and performers were dear to me in ways I could not then understand; perhaps I now understand, at least somewhat.

Tosches mentions Plotinus who spoke of the discipline meant to detach the soul from material things and to enable it to attain to spiritual ecstasy, “the flight of the Alone to the Alone.” That Soul, then, in us, will in its nature stand apart from all that can cause any of the evils which man does or suffer. [From the Ennead]

Another ancient philosopher whom Tosches quotes: Empedocles: “The blood around men’s hearts is their thought.”

The others whose music was influenced by Emmett Miller, and whose works I will pursue:

This image of Blind Willie Johnson (garnered from the Internet) is particularly charming to me because the artist is Robert Crumb, my favorite “underground” cartoonist of the 1960s and 1970s.

♫ Jerry Lee Lewis: especially his rendition of “Alabama Jubilee.” (Tosches wrote a book on Lewis)
♫ Jimmie Rodgers: “The Songs of Jimmie Rodgers: A Tribute,” performed by various artists.
♫ Bob Dylan’s “Highway 61 Revisited” and “Blonde on Blonde,” both later works.
♫ Lefty Frizzell: (1928–1975) an American country music singer and songwriter of the 1950s and a leading exponent of the Honky-tonk style of country music. His relaxed style of singing was a major influence on later stars Merle Haggard and Willie Nelson. (From Wikipedia).
♫ John Mellencamp: In the “Tribute” album, above, John Mellencamp’s performance of Jimmie Rodgers’s “Gambling Bar Room Blues is “…the most startling evocation of that ageless power…” of the …”underground current that has nourished black music as well as white.” (Tosches).
♫ The The, a musical group; their 1994 album “Hanky Panky,” an album made up entirely of Hank Williams covers.
♫ George Jones: “Jones first hit the charts in 1955 with ‘Why, Baby, Why.’ He celebrated his 50th Anniversary as a recording artist in 2004 with the release of a 3-CD set entitled George Jones 50 Years Of Hits which featured one hit for each year of his career. He sings country music, accompanied by his guitar.
♫ Fats Domino: a classic R&B and rock and roll singer, songwriter and pianist.
♫ Eddie Lang: an American jazz guitarist, considered by many to be the finest of his era, and to be the greatest rhythm player of all time.
♫ Lonnie Johnson: Johnson (1899-1970) was a pioneering Blues and Jazz guitarist and banjoist.
♫ Wynonie Harris: (1915-1969), an American blues shouter and rhythm and blues singer. His “Good Rockin’ Tonight” is “one of the birth cries of Rock & Roll.” (Tosches).
♫ Blind Lemon Jefferson: (1893–1929) was an influential blues singer and guitarist from Texas. He was one of the most popular blues singers of the 1920s. My friend from Berkeley High School in the early 1950s, Carl Dukatz, played songs by Jefferson and by Elizabeth Cotton, among others, on his slide guitar at the “Blind Lemon” bar and restaurant on San Pablo Avenue. (I hear from an unverified source that Carl played at least one set with The Grateful Dead)
♫ Furry Lewis: (1893-1981) a blues guitarist from Memphis. He was one of the first of the old-time blues musicians of the 1920s to be brought out of retirement and given a new lease of recording life by the folk blues revival of the 1960s.
♫ Al Bernard: (1888-1949) a recording artist from the vaudeville era. He was also one of the most famous blackface performers from the days of the minstrel shows. His work has been reappraised by music historians who feel links exist between the minstrel show styles and western swing music. He was a contemporary of Emmett Miller, the subject of Tosches’s book.

Get the book! Get the music!