A friend recommended I read Hemingway’s A Movable Feast.

The book consists of twenty vignettes, later-remembered stories of France where Hemingway was a poor, struggling writer during the years 1921 through 1926 and married to Hadley Richardson, his first wife. Mary Welsh Hemingway, Ernest’s fourth wife, edited the book after his death in 1961. Jonathan Cape Ltd, London, published it in 1964. A copy of the first edition currently sells for $850.

Hadley and “Tatie,” as his wife called him, loved each other very much and had a child during their time together. They named him John, but they both referred to him as “Mr. Bumby” throughout the book.

This is biography enough to present here. Those interested in more about Hemingway’s life can simply put his name into their Internet search engines to find a wealth of information. Here is a timeline for Hemingway’s life during his Paris years.

Many of the stories are about now famous writers and artists with whom he had varying degrees of friendship and acquaintance. The first writer mentioned in the book is Gertrude Stein.

In the second story, Miss Stein Instructs, wherein he recounts a visit with her, he first tells us of his approach to writing:

I always worked until I had something done and I always stopped when I knew what was going to happen next. That way I could be sure of going on the next day…I would stand and look out over the roofs of Paris and think ‘Do not worry. You have always written before and you will write now. All you have to do is write one true sentence. Write the truest sentence that you know.’ It was easy then because there was always one true sentence that I knew or had seen or had heard someone say. If I started writing elaborately, or like someone introducing or presenting something, I found that I could cut that scrollwork or ornament out and throw it away and start the with the first true simple declarative sentence I had written.

Gertrude Stein and Alice B. Toklas

Gertrude Stein held a popular salon in Paris where those who could tolerate Miss Stein’s imperialism (my word, not Hemingway’s) were offered food and drink and could view the many paintings of contemporary artists in her apartment, which she shared with her “friend” whom Hemingway never names as Alice B. Toklas.

Stein “instructs” Hemingway thus: “You mustn’t write anything that is inaccrochable. There is no point in it. It’s wrong and it’s silly.” As far as I can tell, the word means ‘unpublishable.’

There is much said by “Miss Stein” about the (mostly) faults and (some) good points about other writers and artists in this second story of the twenty in the book. Toward the end of this vignette Hemingway writes: “…there were almost never any pauses in a conversation with Miss Stein.” In the next story, Une Génération Perdue Hemingway continues with another visit to Stein’s apartment:

In the three or four years that we were good friends I cannot remember Gertrude Stein ever speaking well of any writer who had not written favorably about her work or done something to advance her career except for Ronald Firbank and, later, Scott Fitzgerald.

In Shakespeare and Company Hemingway introduces us to a woman he mentions throughout the book, Sylvia Beach, the owner of the now famous book shop of that name. She was kind and generous to Hemingway, lending him without charge many of the books he constantly devoured. She appears again in Hunger was good discipline.

In Ford Maddox Ford and the Devil’s Disciple Hemingway was sitting at a table outside the café Closerie des Lilas of an evening when Ford unexpectedly came up and invited himself to sit and talk.

It was Ford Maddox Ford, as he called himself then, and he was breathing heavily through a heavy, stained mustache and holding himself upright as an ambulatory, well clothed, upended hogshead…I had always avoided looking at Ford when I could and always held my breath when I was near him in a closed room, but this was in the open air and the fallen leaves blew along the sidewalks from my side of the table past his, so I took a good look at him, repented, and looked across the boulevard.

The reference to “the Devil’s Disciple” in the story title is to Aleister Crowley whom they saw walking past them a few times.

In With Pascin At the Dôme we visit with Hemingway, the painter Jules Pascin (dubbed elsewhere the “Prince of Montparnasse”) and two of Pascin’s models. “He looked more like a Broadway character of the Nineties than the lovely painter that he was, and afterwards, when he had hanged himself, I like to remember him as he was that night at the Dôme.”

Although Ezra Pound’s name appears earlier in the book, we don’t meet him directly until the twelfth story, Ezra Pound and His Bel Esprit. The first sentence sums him up well: “Ezra Pound was always a good friend and he was always doing things for people.” Hemingway was in Pound’s studio, teaching him to box, when they were joined by a friend of Pound’s, Wyndham Lewis. Hemingway apparently didn’t like him: “I watched Lewis carefully without seeming to look at him, as you do when you are boxing, and I do not think I had ever seen a nastier-looking man. Some people show evil as a great race horse shows breeding…Lewis did not show evil; he just looked nasty.”

Pound was instrumental in helping T.S. Eliot develop his famous The Waste Land. Through his friendship with Pound, Hemingway, perforce, had some minor hand in this help, but he always referred to Eliot as “Major Eliot” to tease and confuse people.

In A Strange Enough Ending Hemingway begins: “The way it ended with Gertrude Stein was strange enough.” Upon her invitation for him to visit before she was to take a trip with a companion, he went to visit Stein and, upon being allowed in by a servant, overheard in another room Stein “pleading and begging” with someone she called “Pussy.” Despite the servant’s suggestion he stay, Hemingway left. After this time, relations between her and her friends began to deteriorate, just as did the quality of the art she hung in her residence. “In the end (everyone) made friends again in order not to be stuffy or righteous. I did too. But I could never make friends again truly, neither in my heart nor in my head. When you cannot make friends any more in your head is the worst. But it was more complicated than that.” [End of vignette].

There are other references to and stories about a number of other well-known people, including some already mentioned, but I will additionally mention only F. Scott Fitzgerald and, necessarily, his wife Zelda, both of whom appear in the three stories before the ending story.

The seventeenth vignette is the longest, about a mad train trip to, and car trip back from Lyon. Zelda was the causative agent for the adventure, although she didn’t directly participate. Fitzgerald proved himself scattered and unreliable in matters of logistics, and Hemingway had a miserable time trying to keep the whole thing together. Eventually the car was delivered to Paris. During this period Fitzgerald was writing the book that would elevate him to the pinnacle of success, The Great Gatsby. This section of Hemingway’s book ends: “If he could write a book as fine as The Great Gatsby I was sure that he could write an even better one. I did not know Zelda yet, and so I did not know the terrible odds that were against him. But we were to find them out soon enough.” 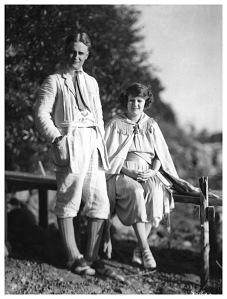 Zelda had a hawk’s eyes and a thin mouth and deep-south manners and accent. Watching her face you could see her mind leave the table and go to the [previous] night’s party and return with her eyes blank as a cat’s and then pleased, and the pleasure would show along the thin line of her lips and then be gone…Zelda was jealous of Scott’s work and as we got to know them, this fell into a regular pattern. Scott would resolve not to go on all-night drinking parties and to get some exercise each day and work regularly. He would start to work and as soon as he was working well Zelda would begin complaining about how bored she was and get him off on another drunken party.

The following vignette ends thus: “Scott did not write anything any more that was good until he knew that she was insane.”

The last story in the book, There Is Never Any End to Paris, is very sad and poignant, presaging the reason for Hadley’s divorcing him, an affair with someone he later married, the second of his four wives. Since Hemingway writes rather painfully and elusively about this period, I will allow the reader of these pages to find out the rest of the story from other sources.

It seems rather odd and circular to know that Hemingway’s fourth wife, and widow, edited this book, including this last story, after Hemingway’s death. I wonder if he would have approved?

3 Responses to Hemingway in Paris