Nicolò Machiavelli: His Times, His Observations & His Advice to Princes

The Prince by Niccolò Machiavelli (1469-1527) is often cited, but rarely quoted. Many people who mention him believe they know what he is all about in his advice to princes, in general, and the ruler of the Florentine Republic, in particular—Lorenzo “The Magnificent.”

“Machiavellian” is defined by Webster’s Collegiate dictionary, 10th Edition, as “suggesting the principles of conduct laid down by Machiavelli: specifically: marked by cunning, duplicity, or bad faith.” Dictionary.com describes the adjective, in part, as: “…political expediency…placed above morality and the use of craft and deceit to maintain the authority and carry out the policies of a ruler…characterized by subtle or unscrupulous cunning, deception, expediency, or dishonesty.”

Before we take these definitions as final and complete, perhaps we ought to look at Machiavelli’s words and judge for ourselves, keeping in mind he and Lorenzo lived 500 years ago in a city state surrounded by other often hostile city states, including The Church’s Papal States, and emerging nation states such as Spain and France, and “barbarians.”

I have excerpted a good many of Machiavelli’s conclusions and advice to his prince, all based on the world as it had been and was in the 16th Century. I think one can see, with careful reading, many lessons relevant today, for human nature has not changed, merely the forms of government containing humans. One may certainly disagree or at least debate whether Machiavelli’s philosophy of man is accurate or correct, but surely this remains a matter of opinion. (See the end of this article for a question to you, the reader, in this regard).

Chapter V, Concerning The Way To Govern Cities Or Principalities Which Lived Under Their Own Laws Before They Were Annexed: In republics there is greater life, greater hatred, more desire of vengeance, and the memory of their ancient liberty gives them no rest; so the safest way is wither to extinguish them or go live with them.

Chapter VI: Concerning New Principalities Which Are Acquired By One’s Own Arms And Ability. This chapter is considered by some to show the heart of his world view and advice to Lorenzo. Here are two paragraphs from this chapter: 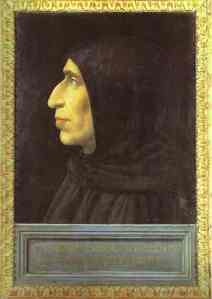 “Those who by valorous ways become princes…acquire a principality with difficulty, but they keep it with ease. The difficulties they have in acquiring it arise in part from the new rules and methods which they are forced to introduce to establish their government and its security. And it ought to be remembered that there is nothing more difficult to take in hand, more perilous to conduct, or more uncertain in its success, than to take the lead in the introduction of a new order of things. Because the innovator has for enemies all those who have done well under the old conditions, and lukewarm defenders in those who may do well under the new. This coolness arises partly from fear of the opponents, who have the laws on their side, and partly from the incredulity of men, who do not readily believe in new things until they have had a long experience of them. Thus it happens that whenever those who are hostile have the opportunity to attack they do it like partisans, whilst the others defend lukewarmly, in such wise that the prince is endangered along with them.

“It is necessary, therefore…to inquire whether these innovators can rely on themselves or have to depend on others: that is to say, whether, to consummate their enterprise, have they to use prayers or can they use force? In the first instance they always succeed badly, and never compass anything; but when they can rely on themselves and use force, then they are rarely endangered. Hence it is that all armed prophets have conquered, and the unarmed ones have been destroyed. Besides the reasons mentioned, the nature of the people is variable, and whilst it is easy to persuade them, it is difficult to fix them in that persuasion. And thus it is necessary to take such measures that, when they believe no longer, it may be possible to make them believe by force.”

Chapter VIII, Concerning Those Who Have Obtained A Principality By Wickedness: A prince occupying a new state should see to it that he commit all his acts of cruelty at once so as not to be obliged to return to them every day, and thus, by abstaining from repeating them, he will be able to make men feel secure and can win them over by benefits.

Chapter IX, Concerning A Civil Principality: A wise prince must adopt a policy which will insure that his citizens always and in all circumstances will have need of his government; then they will always be faithful to him.

Chapter XII: How Many Kinds Of Soldiery There Are, And Concerning Mercenaries

Chapter XIV: That Which Concerns A Prince On The Subject Of The Art Of War

Chapter XV: Concerning Things For Which Men, And Especially Princes, Are Praised Or Blamed

Chapter XVII, Concerning Cruelty And Clemency, And Whether It Is Better To Be Loved Than Feared: Since love depends on (the prince’s) subjects, but the prince has it within his own hands to create fear, a wise prince will rely on what is his own, remembering at the same time that he must avoid arousing hatred (emphasis added).

Chapter XVIII: Concerning The Way In Which Princes Should Keep Faith

Sandro Botticelli (1445-1510) was an important Italian painter of the Early Renaissance. His most notable work, shown here, is “The Birth of Venus.” The Medici family gave him political protection under which he produced other masterpieces

There you have the essence of Machiavelli’s world view, his view of man, and his advice to rulers. I ask you to consider whether your view of man is that he is:

Whatever your view, it will influence the advice you would give to a ruler, if you were called upon to do so.

4 Responses to Nicolò Machiavelli: His Times, His Observations & His Advice to Princes